What your acquired tastes can teach you about the product experience

When I was younger, my dad always encouraged me to try new food and to be open to the unusual and unfamiliar. I remember when I was 6, my dad sliced open this potent prickly yellow fruit from China Town that had the dining room smelling like old gym socks. I remember trying not to gag as I watched my dad delightfully eat the fruit, spoonful by spoonful.

In an effort to make me try the fruit, my dad offered to pay me a dollar for every bite I had. I saw the large bowl of fruit and contemplated what I could buy if I ate them all. I did want a new Sky Dancer. “Go on it tastes like ice cream! $1 for every bite!” my dad coaxed. With my brand new Sky Dancer in mind, I held my breathe and tried my first bite of the fruit. 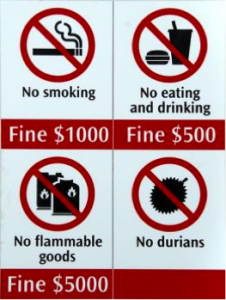 Durian, along with smoking and flammable goods, are banned from Singapore’s mass rapid transit.

The fruit was called the Durian. Its smell is so notorious that it is even forbidden on some forms of public transportation in Southeast Asia (along with smoking and flammable goods).

I was recently reminded of my first Durian experience when my colleague, as tradition when traveling abroad, brought back some unique snacks for the office.

These snacks from his hometown in England were unfamiliar treats to me. On the desk there were Oven Baked Marmite Cashews, Giant Parma Violets, Pot Noodle, Turkish, Picallil Pickles to name a few. Looking at the diverse array of ingredients on the desk and unable to imagine how they would taste, I recalled Harry Potter Bertie Bott’s Jelly Bean’s odd flavors like Horse Radish, Booger, Earthworm, and Soap. 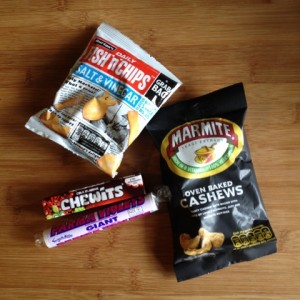 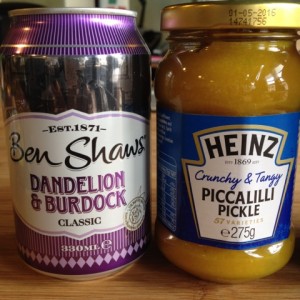 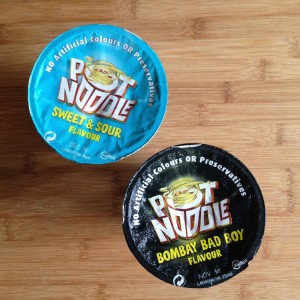 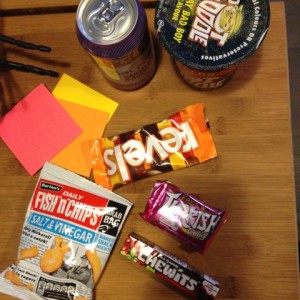 Being my father’s daughter, I tried the snacks he brought back. My colleague claimed that this was comfort food for the people back home, but the unfamiliar tastes were not to my liking nor were there anything I would try to “acquire” liking.

Why is it in some communities, people will go nuts over marmite, durian, or whatever it is, whereas someone else in a different community would spit it out in disgust?

What motivates or allows us to acquire those certain “acquired tastes”?

EXPOSURE
One theory is exposure. In psychology the theory of mere exposure is that you are more likely to have feel positively towards something that you are exposed to often. In 2000, Zajonc conducted a studyin which it showed participants a series of foreign words, which they were asked to rate based on each word’s connotation. The words that were shown repeatedly were rated, on average, one point higher in positivity than words that were only shown once.

BENEFITS
Another reason that people are motivated to like certain food are its effects. And often the effects outweigh the taste. For example, coffee and alcohol are both beverages that I doubt anyone would describe as incredibly delicious on their first sip. Many first time coffee drinkers describe the beverage as bitter. Similarly, for alcohol, does anyone ever truly love his first glass of scotch?

NOVELTY
As evidence by the growing movement for Flavor Reversal, people love to shock their taste buds with the weirdest of the weird. Flavor Reversal blurs the lines of savory and sweetness in unconventional ways. Have you tried the avocado donut or the salad flavored soda pop? The enjoyment of the different tastes and textures provides an experience that puts your taste buds into shock…or maybe for some, gustatory bliss.

On the other side of the spectrum, novel tastes are “in”. The only caution is the sustainability of continuously churning out new flavor after new flavor, latching on to the latest foodie trend. There will always be a new craze that will rise to popularity as another one subsides. How are you building a long-lasting experience that will keep consumers loyal to you?

A desired benefit/effect of a product can also successfully motivate users to try and like something different or unsavory. What is the benefit of using your product? What is the story your users want to hear? How can the product consistently deliver that story throughout each touch point of the consumer’s experience?

I DOUBLE DARE YOUR TASTE BUDS
If you are one who is adventurous, here are some notorious acquired tastes from around the world to explore.

What are some of your favorite “acquired tastes” in your local community? And how did you come to “acquire” the taste?