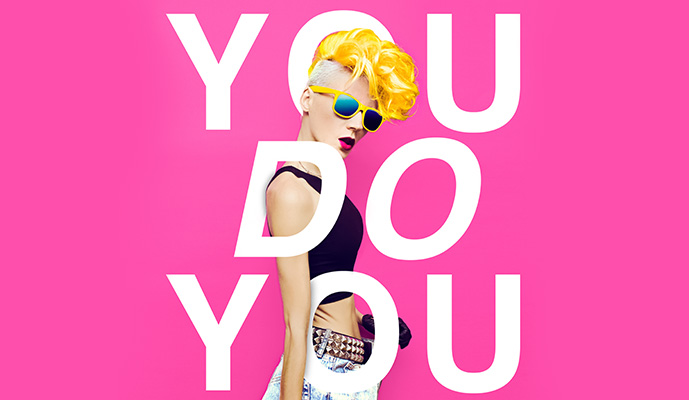 This morning, my sister and I had a short chat about Dexter’s motivations as a serial killer (typical 9am topic in our family, apparently). The whole conversation was quickly shut down when I said, “You know, he just likes killing people and stuff. You do you, Dexter”.

Immediately after I said it, it bothered me immensely. Not because I thought it wasn’t funny – the idea of accepting anti-societal, murderous behavior with a simple, undeniable statement like “you do you” is just absurd – but because this kind of tautophrase (a statement like “it is what it is” that basically repeats the same thing twice as a logical, Undeniable Truth) actively shuts down any kind of educated discussion or consideration of the world around us. I pride myself in being a thinker, but tautophrases stop thinking in its tracks – it’s just really mentally lazy to say “you do you” without any deeper thought into the topic of conversation.

It reminded me of a New York Times article I read a couple months back. It’s titled, appropriately, “How ‘You Do You’ Perfectly Captures Our Narcissistic Culture”, by Colson Whitehead, and it describes how tautophrases like “you do you” or “it is what it is” have shifted in cultural use over time. These thought-blocking statements used to be about supporting the status quo (“what will be will be”), but in recent years hip-hop and then pop culture have reclaimed the tautophrase to celebrate Me, as a beautiful and special Individual. Even, as Whitehead says, if that person is Taylor Swift – she can’t help it that the “haters gonna hate hate hate”; it just goes to support how unique and worthy she is as an individual. “Regardless of how shallow that individual is.”

Living in San Francisco, a Mecca of counter-culture, I see this attitude of celebrating individuality for the sake of individuality every day. Anti-culture is the current glorified culture (especially in the tattooed and vintage-ridden Mission district), while “normal” is something to be embarrassed by – “you do you” glorifies the traits that make people stand out, while “Basic Bitch” shames people who may agree with a mainstream trend.

Of course, I’m all about celebrating differences and uniqueness. It’s the shallowness, the lack of thoughtfulness behind “you do you” that stands out to me. If we’re using “you do you” to brush off any abnormal or weird behaviors (like my neighbor’s obsession with mushrooms, or Dexter’s killing tendencies), we’re not digging deeper to understand what makes people that way, who they truly are beneath the surface “uniqueness”.

Normally when we write blog posts, we’re writing about what our industry can learn from someone or something. In this case, though, I think that we, in our personal lives and how we interact with others, can learn from research. Research is all about getting deeper with people, about exploring people as more than stereotypes to truly understand their motivations and attitudes. In our “you do you” culture, how can we take cues from research into our daily lives, to get deeper with the people around us?