Export Your Memory to the Cloud – Courtesy of Google 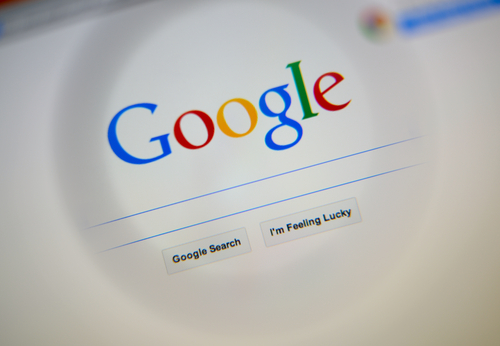 When I saw what Google was up to, my mouth dropped at how fascinatingly creepy life was headed.

Google recently filed a patent for glasses that would record and index your real life experiences, export them to the cloud, and allow you to search them later.

Yes, you could ask questions like “What movies did I watch last month?” Or “What paintings did I see when I was on vacation in Paris?” and voilà. There your answer would be. It’s Google for life itself.

For those of you familiar with the Charlie Brooker’s Black Mirror series (my favorite tech dystopian TV show), this is literally one step in the direction of the 2011 Episode 3, Season 1, The Entire History of You, which because of it’s popularity, is now slated to come out as it’s own sci-fi thriller.

The episode follows a man whose implant allows him to capture his entire life, with the ability to play back and zoom into any moment in front of his eye or on a shared screen. The technology brings up various ethical, philosophical, and psychological issues, from privacy, machine/human boundaries, memories used as weapons, and the importance of memory’s malleable nature for our emotional and psychological well-being.

Despite the grim possible futures elaborated on in Black Mirror, there are many places where we can see how searchable memories can prove to be useful in the near and the more distant future.

Eye Witness Accounts
As we know now, eye-witness accounts are horribly unreliable, proven to be susceptible to false memory and misidentification, leading to almost 70% of wrongful convictions. What if during court, you could just rewind to the eye witness’s memory of the particular incident as opposed to relying on their testimony?

Security
If there was a building break-in, instead of asking every guard during the shift of the incident to recall if they have seen anyone who fits this certain profile, investigators could simply search the faces of everyone who had entered the building from 7pm-9pm and fit the particular description, making it easier and faster to identify potential suspects, as well as the criminals themselves.

Home Care
“Where did I last put my keys?” This new technology could aid the elderly or those suffering from memory problems from disease or injuries to be more autonomous in their daily life.

Education
A classmate could export and transfer his memory from a class or workshop to a fellow classmate who is out due to the flu. Recordings of lectures are already provided by many universities to their students to learn remotely. Curious students could also search and view memory clips of professionals in interested fields to get a real life glimpse into their day and life.

Market Research
Researchers are great at collecting and synthesizing data from different places (whether it’s from surveys, social media, or from face to face interviews) and then extracting meaningful insights to inform business strategies.  Imagine how much deeper and more quickly researchers could dive if they were able to sift through a wide variety of footage taken of consumers during digital ethnography, getting that qualitative richness and depth at big data speed and scale.  We’ve already seen existing technology being leveraged to speed up the research and innovation process, such as with mobile surveys, web cam interviews, and agile online tech tools like our own Idea Accelerator.

Google has been at the forefront of many exciting and innovative initiatives, from their self driving car to Google Glass to Project Loon. And like how Google Search online has completely transformed the way we work, think, and live (for good and for worse), it will also be fascinating to see how a Google Search for real life will transform not only the many industries in which we work but us as humans (for good and for worse).