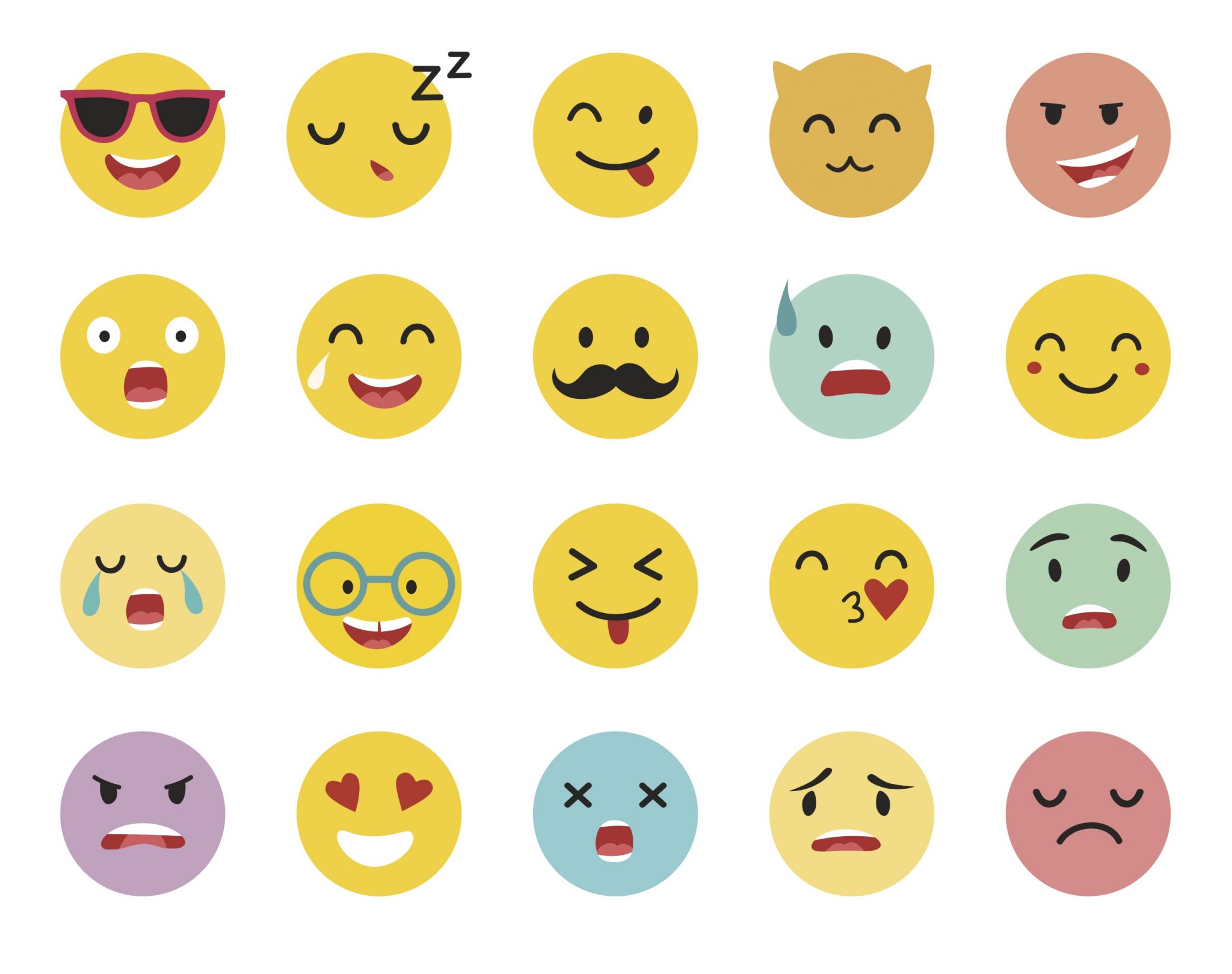 While text messaging has revolutionized interpersonal communication over the past two decades, it also reduces capacity to gauge nuance and subtlety, in the same way face-to-face interaction, telephonic or even long-form correspondence allows.

Facial expressions, tone and pitch assist our understanding and appreciation of meaning when conversing. Texting – while convenient – can remove that added layer of depth. 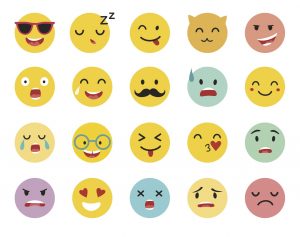 Enter the emoji: a picture text used to clarify intended meaning and substitute for expression and tone lost in technological contact.

To date, the universally utilized emoji has almost exclusively been the domain of private communications and social media platforms. Given this, use of them in alternative contexts, such as workplace emails, can be frowned upon or even actively disallowed.

But while we as a society may form opinions about those who use emojis, and the frequency and manner in which they use them (even though we do it too), they may bring benefit to business interests that go way beyond our personal engagement with such communication.

Businesses and marketing agencies know that, to effectively convince someone of the value of a particular product or service, the message conveyed must be comprehensible and conceptual.

Emoji is, whether we want it or not, a universally recognized language that all of us can understand and appreciate. And its potential for success in professional and even governmental contexts is all but untapped.

Market researchers across the board are now utilizing such methodology; Antedote, for one, recognizes the value of popular culture and colloquial vernacular to extrapolate genuine, authentic anthropological responses, which then provide more in-depth and accurate insights from surveyed subjects.

New York-based not for profit Partnership for Drug-Free Kids recently launched billboards which, to the untrained eye, appear to be gobbledygook but, to teens targeted by the ads, would convey crucial messages about drug use, smoking, drinking, body image, sex, bullying, among other issues.

Emojis can even serve as a base springboard for further insight: exposing subjects to a selection of emojis, and having them choose a handful, can help extract the innermost thoughts and feelings of individuals, allowing for greater direction with research.

The breadth of such images are expanding extensively to now account for a myriad sexual orientations, family units and gender identities, as well as – arguably crude – ethnic characteristics. Increased resonance through greater identification with emojis can only aid research processes.

Such expansion is also seeing images digress into the interactive sphere. Stickers and filters, being made popular by Snapchat and the newest iPhone, are further provoking engagement that speaks to our base emotions and instincts.

Emojis are already starting to be adopted in communication between colleagues and clients in the business world and, with the rise and increased use of platforms such as Slack, Asana and Trillo, one must ask: where else could this trend possibly go? Could technological jargon penetrate professional contexts and streamline communications as such?

Could, for example, emojis be used as a support mechanism for children with written and verbal speech difficulties, to help them better communicate?

Could governments utilize emojis to advocate economic policy developments, as a way to avoid institutional jargon that goes over the head of the average voter?

While some may browbeat about declining societal intellect via such campaigns, innovative businesses can, and already are, recognizing the usefulness of emojis in transcending communication barriers and engaging with an intended audience in ways previous efforts may have failed. If emojis can contribute to efforts addressing and raising awareness of sociocultural and political problems, domestically or abroad, would that be a bad thing?

Innovative practices are catching up – especially when dealing with millennials – and big business and government should ensure they are not too far behind.

Emoji is an inter-lingual digital language, and while its usefulness in tackling issues is still in infancy, its potential for innovative marketing and business success should not be ignored. 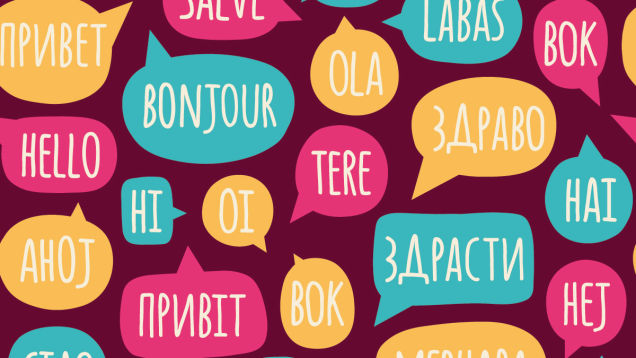 I recently came upon the world’s smallest language, which only has 123 words and 14 letters. It is called Toki Pona. Toki Pona (which draws roots from a mix of English, Finnish, Georgian, Dutch, Coratian, Chinese) was created by linguist Sonja Lang in an attempt to express maximal meaning with minimal complexity.

With only 123 words in the language that represent the most basic elements, Toki Pona speakers say it is really all you need to communicate almost anything. For words that don’t exist, Toki Pona speakers just use other existing words to describe what they mean. For example, there exists only 5 words for colors (loje – red, laso – blue, jelo – yellow, walo – white, pimeja – black). But what if you wanted to say orange? Well like an artist, you would combine the colors. Loje jelo for orange. ­

The creative circumlocution that people engage in to communicate with others using Toki Pona can offer insight into how people think and view the world and situations.

For example, take coffee. There is no word in Toki Pona for it – but what can be said if someone describes coffee in Toki Pona as “my morning cup” and another “bad brown liquid”?

Metaphors are great insight into the human mind, and Toki Pona allows for that.

Non-verbal communication is also important to understanding others in Toki Pona. There is no word for formal niceties, such as please and thank you. Toni Poka speakers, however, started naturally making up for the lack of these niceties with polite gestures, such as asking for something with a Japanese-like head nod. Tone and nonverbal gestures could make the same exact statement come out differently. Give me that (with a low nod). Or Give me that! I would think that Toki Pona speakers would be great at observing and picking up intention from cues other than verbal. An attribute that is also valuable in insight work.

So what if everyone, in addition to their native language, spoke Toki Pona? Toki Pona filters out the noise of excess thoughts and gets straight to the heart of things.  I feel like people would become more mindful communicators and listeners, and gain deeper insight into their conversations with others.

Collectively Toki Pona speakers say it takes an average of only 30 hours to learn. Compare that to the hours of Rosetta Stone classes people take to learn their second language.  I’m going to take the challenge and learn Toki Pona with my sister over the break to experiment to see how that strengthens my own insight skills.  I’ll let you know how it goes!

Introjii – Insight into the World of Introverts 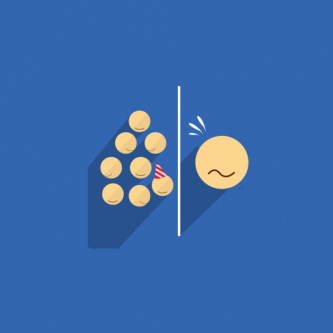 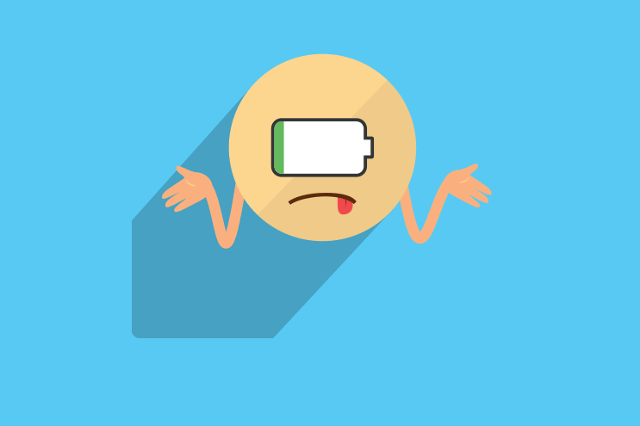 These days much of our communication exists at a distance. It’s been this way for a long time now, but this hasn’t replaced our need for visuals in communication. When you isolate a person’s voice or words, it’s tough to get your point across.

I was excited to learn about Introji the other day through Fast Company. Introji is an app in development that will soon give introverts a way to communicate through texted emojis.

As an introvert myself, I immediately saw the value in this. Some times I’m at a loss for words when a friend invites me out at night, but I’ve been gone since the crack of dawn and in meetings for work all day, or I’ve been out of town all weekend and need to let people know I have plans, even if these plans include finally spending some time at my apartment reading a book.

I’m curious to see what other forms of visual communication will emerge over the next years. In the research world, it’s incredibly important to speak to people in a way they understand, and let them answer in a way that suits them. One of the ways we talk to respondents at antedote is through our digital ethnography platform. You can gain rich insights from people when you ask them to share their candid thoughts and feelings through video, pictures, and drawings. In research, a pictures really is worth a thousand words. 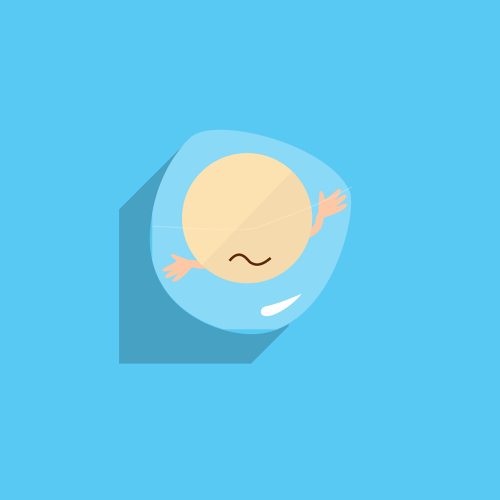 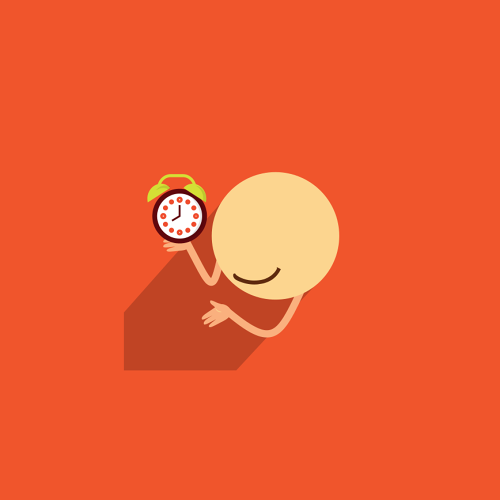 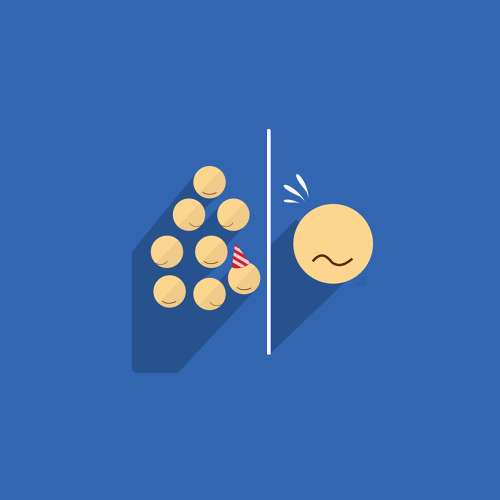 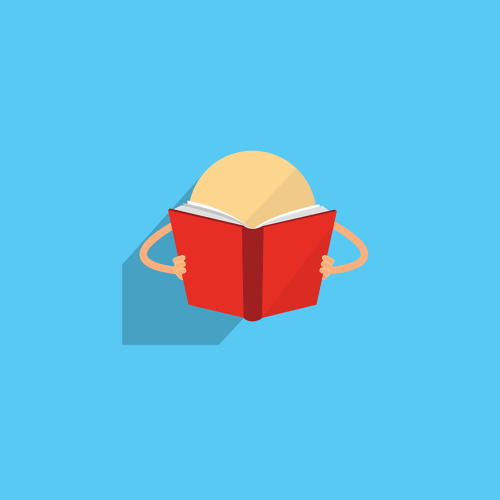 antedote is a strategic insights and innovation consultancy based in San Francisco, and we have helped many of the world’s leading brands like Pepsico and Unilever to garner deeper insights about their consumers and identify opportunities to grow their brands.

To learn about antedote’s latest innovation and insight tools, please click below for a free demo:

Emoji Insights – Understanding the new digital language of your consumers 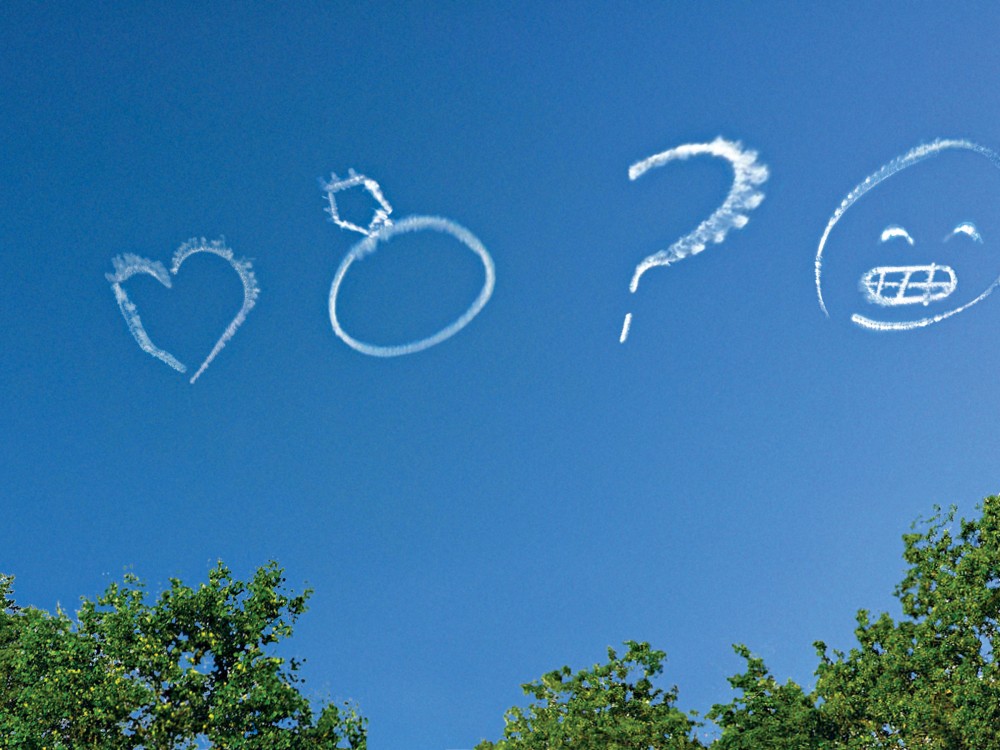 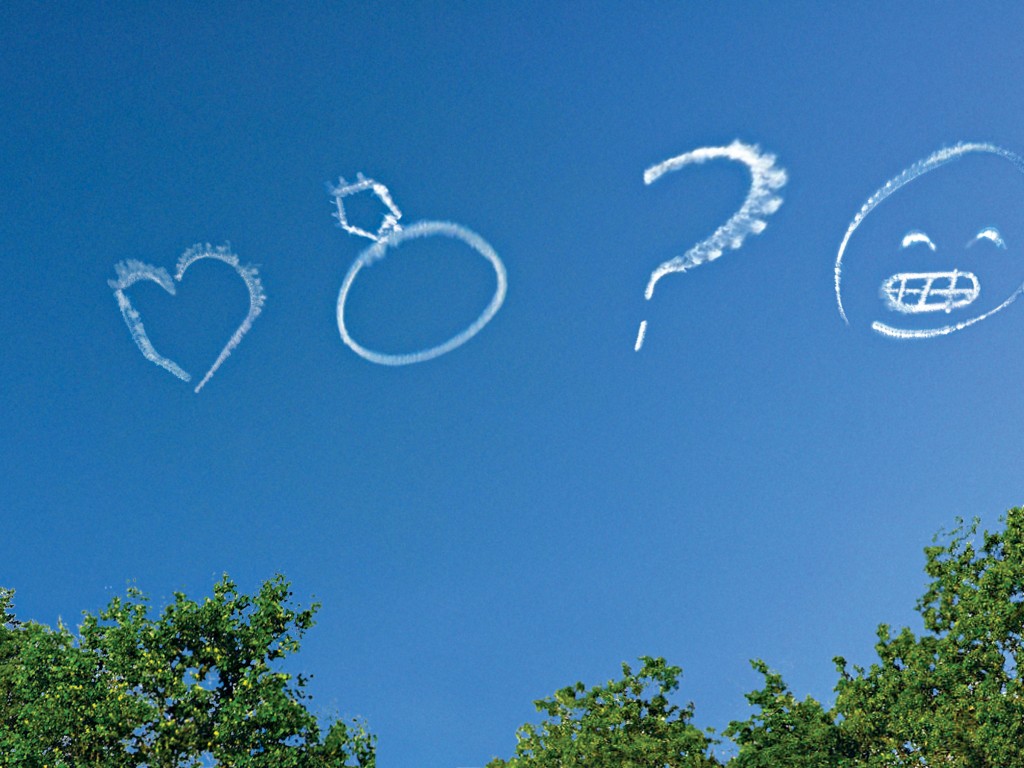 A recent New York Magazine article, “Smile You’re Speaking Emoji- The Rapid Evolution of a Worldess Tongue” explored the recent emergence and wide spread adoption of the emoji. Unless you’ve been living under a rock, you have seen or used

“Face with Tears of Joy” and

“Smiling Face With Heart-Shaped Eyes”, two of over 250 emoji symbols, in your text messages or social media updates. You might even own emoji pillows and emoji shirts, or have read Emoji Dick (an emoji translation of Melville’s classic Moby Dick). It is clear that emojis have pervaded our communications, across nations and generations (used by teens and moms alike).

One of the greatest appeals of the emoji is its ability to illustrate what words sometimes cannot as well as carry multiple secret meanings.

These seemingly infantile cartoons are instantly recognizable, which makes them understandable even across linguistic barriers. Yet the implications of emoji—their secret meanings—are constantly in flux.

…As Jenna Wortham, a New York Times technology reporter, wrote in an essay about emoji for Womanzine’s emoji issue, they “have become an ever-evolving cryptographic language that changes depending on who we are talking to, and when.”

…This is the fun of emoji. The

nail-painting emoji , in some circles, has come to mean “I’m not bothered” or “Haters gonna hate.”

Man in Business Suit Levitating could mean “jumping for joy,” or it could mean “mystery.” (Online speculators have already nicknamed it “the Man in Black emoji.”)

As the emoji tongue continues to grow, how can businesses stay relevant and understand the new digital language of their consumer? Different emojis have different meanings in different circles, and even those meanings are continuously evolving as we speak (or type

). It is not enough to reference an emoji dictionary because the combination of certain emojis, plus who is talking, and to whom, and when, can reveal the undertones and motivations behind a message so much more than simply recognizing

as “Face With Stuck-Out Tongue With Tightly Closed Eyes”. Through deep consumer insights, businesses can crack open the more nuanced pieces of the emoji language to better understand how their digitally-savvy consumers communicate and to focus marketing endeavors in a more effective way.

antedote is a strategic insights and innovation consultancy based in San Francisco, and we have helped many of the world’s leading brands like Pepsico and Unilever to garner deeper insights about their consumers and identify opportunities to grow their brands. To learn about antedote’s latest innovation tool, please click below for a free demo: