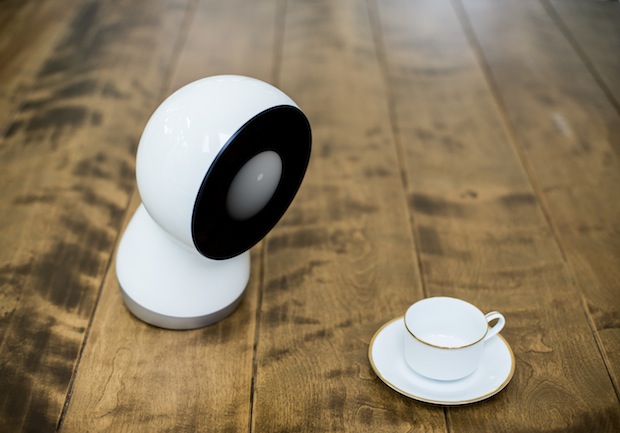 More than a decade ago, I was deeply engrossed in the movie Bicentennial Man (RIP the great Robin Williams). I remember watching the bewildered faces of the two children as their father brings home a life-size family droid who would live with them and help them with tasks around the house.

I recall doubling over in laughter as one of the daughters tells the droid to jump out the window of the second floor of their house. Unable to detect her sarcasm and her ill-intentions, Robin William’s character does exactly as he is told, and well… jumps out the window. On the other hand, the younger daughter empathizes with the droid, and took it on as a playmate and trusted companion.

It’s 2014, and that sci-fi fantasy of the “family robot” is becoming much more of reality, and we see more and more research into designing social technology that plays to our emotions, like the younger daughter of Bicentennial Man.

Like many people, I’m excited to see the latest innovations in robotics. For instance, the launch of Jibo on Indiegogo a few weeks ago. Jibo can see, speak, hear, learn, and do a variety of tasks to help you around the house. He can order your favorite take-out dish for you, he can tell you fantastical stories, and he can even follow you around the room and snap your photo using facial recognition.

What I most love about Jibo is however, that it doesn’t try to look like a human. As seen in its promo video, Jibo has no arms or legs, but the smooth, sleek feel of Eve from Wall-E. He swivels around and has cute animations, which convey emotions and empathy. It is remarkable to see what animation studios like Pixar do in the 2D world, in the 3D world: bringing to life otherwise inanimate objects.

One of my favorite TED talks, by MIT Media Lab’s Guy Hoffman, called “Robots with Soul” explores this idea of robots that are well…less “robotic.”  With his studies in animation and acting, he set on making robots exhibit the more fluid movements of no-verbal communication that humans have. He developed a speaker that bobs his “head” to the beat of the music he is playing to give the illusion that he is enjoying the music being played. And in his studies, although the people know the robots are machines, they look at, interact with, and speak about the robots as if they were other people. “He definitely enjoys this jam.”

Even TED Senior Fellow Aparna Rao explores how you can evoke emotions from non-sentient objects. In her art pieces, inanimate objects without faces react to their surroundings, in an often humorous and entertaining way. In one of her pieces, art on the wall starts to swivel around slowly then quickly, until it senses that someone has entered the room, then they go back to the original places. The timing and movements of the pieces give the illusion that the art is being “mischievous” when no one is looking.

Human emotions are extremely complicated and are always communicated non-verbally. Paul Ekman, a professor at UCSF, and affectionately called the “best human lie detector in the world” pioneered the research into human emotions and found that humans across the world use certain combinations of facial muscles to convey emotions. These muscles will always move, (it would take years of practice to suppress and control these muscles), and it would take an expert, like Ekman, to discern these non-verbal cues with the naked eye.  I would love to see robots who not only personify human behavior, but who would be able to detect subtle emotions by picking up on these “micro-isms” and respond appropriately given the situation. “Are you feeling okay, Sabrina? How about I text your friend Lea if she is free to go out to the movies tonight? I think it would be great for you to get out of the house and hang out with friends.”

Technology have long been designed to move/act based on the service they were providing. And they had that unnatural “robotic” feel that reminded us that we are interacting with a machine.  It is fascinating now to see robots, like Jibo, take a step beyond meeting mere functional needs to becoming social entities that can play to our emotions, interact with us in a more natural way, and be perceived as more of a valued companion that meets real social needs. For more on Jibo, check out the video below.