“Did you see the giant Nespresso pod in Union Square the other week?”

I knew exactly what my colleague Pete was referencing yesterday, as I had in fact seen the giant alien-like pod, been sucked inside, and gladly played the role of an ignorant consumer.

This was not my first exposure to Nespresso’s fairly new VertuoLine (a machine with the original espresso and coffee capabilities), nor was it my second. I’d say it was at least the third hands-on demonstration I had seen. The first time was when I was returning a bag of used Nespresso (OriginalLine) pods to the store. Being a user of the current espresso-only machine, I decided to meander down to the store’s basement and stick around for a demonstration of the new line. I remember a few of the selling points: spinning pod with unique bar code, moves really fast, voila–coffee with crema. I was maybe impressed, but none of this information resonated with me enough to make the jump.

A couple weeks later I had my second run-in with the VertuoLine, this time at a kiosque in the mall when I was picking up some new pods for my Nespresso (OriginalLine). The sales-person sold me on a new type of espresso pod in line with my current favorites, and then asked if I had a moment to stick around for a demonstration of the new VertuoLine. It was pouring down rain outside, and very early in the morning, so it was definitely worth a coffee to sit and listen (and play ignorant). I asked what made it different, and I got the same story: spinning pod with unique bar code, moves really fast, voila–coffee with crema.

If I were to purchase one now I’d have a good story to tell my dinner party guests or my coworkers, but what’s in it for me? Because the coffee factor didn’t appeal to me, there wasn’t a reason to purchase the upgrade… 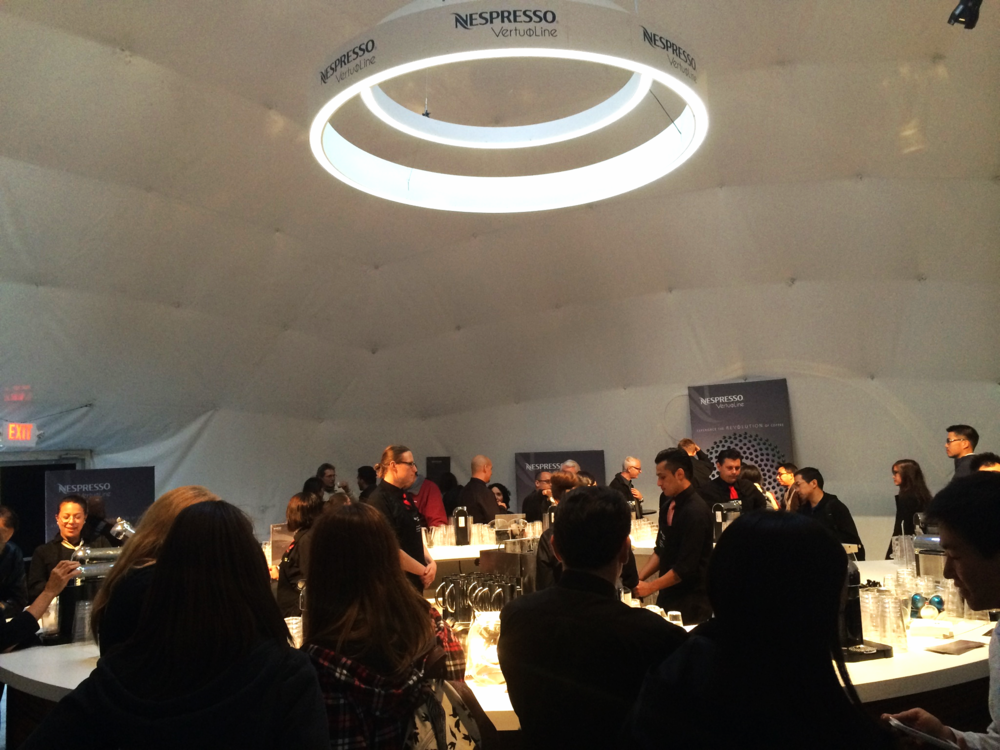 Until the following week when I had a run-in with the giant pod of all pods. This was my third up-close encounter. I was sucked into the pod with the rest of the crowd in union square, and was greeted with the buzz of dozens of stations set up with VertuoLine experts there to guide passersby through the process of making their own coffee. I made my taste selection, and like any good researcher, once again played completely ignorant. I wanted to learn something new. At first I didn’t… “spinning pod with unique bar code, moves really fast, voila–coffee with crema… but then… the pod dries out so that when you empty out the used pods, you don’t get all that messy sludge.”

Excuse me? What did you say? Suddenly I was transported to that time every week when someone in my office has to empty the bucket full of used pods–which have leaked all over themselves all week, spilled onto the machine parts, and then if we’re not careful, the carpet. It’s really gross and honestly, I finally saw the brilliance of this new machine. Convenience just became even more classy.

I probably wouldn’t buy the VertuoLine; I like my coffee black. Not flavored. Not crema-topped. Not spun. A nice drip brew is all I need to start the day, and a simple Nespresso latte is great after lunch, and saves money and time.

But what do I really hate? Wet coffee grounds and leaky Nespresso pods. So maybe the VertuoLine did solve one problem for me as a current user, but one wasn’t enough to make the upgrade. Because I wasn’t completely sold my next question was, what would it do next? And were there other selling points that I wasn’t exposed to that could have convinced me to make the jump?

Sure, used pods without the mess would be nice, but what about the grating noise the machine makes that interrupts my colleagues who are having a meeting on the nearby couches? What about the fact that the machine still starts if there isn’t enough water to finish the shot? What about when my favorite mug doesn’t fit on the platform? Maybe these are some innovations we’ll see with future machines, but until now, I’m content with my occasional free coffee to-go (in a very cool cup I might add.) 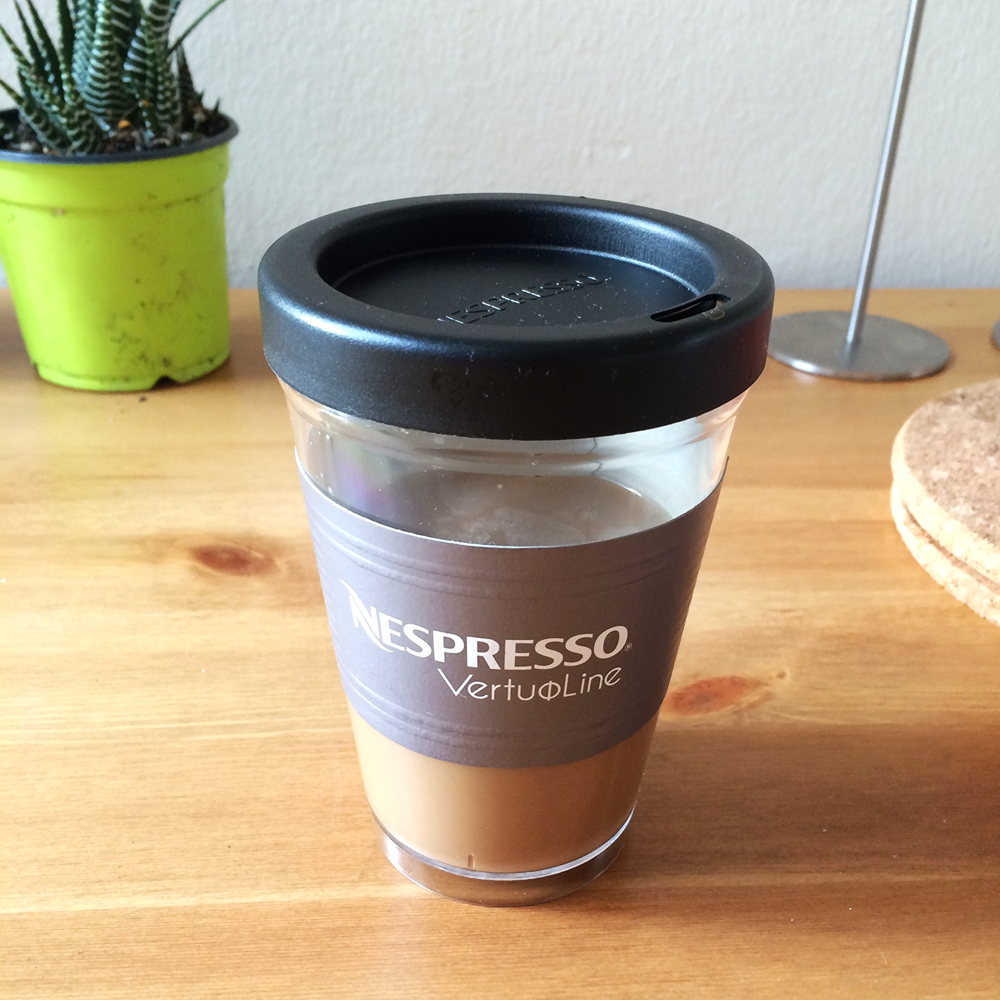