Watch out Apple! Why you should care about the Chinese phenomenon Xiaomi

While all eyes are on Apple and the impending launch of iWatch on April 24th, Chinese phone and gadgets maker Xiaomi announced in February that they are entering the US market, first with their mi band  (basically a USD30 Fitbit that gets the job done and looks pretty sweet) and accessories including battery banks and headphones.

Their secret weapon? A killer combination of cut-throat prices and smart, beautiful design.

For those who haven’t heard of Xiaomi yet, you should.  They just beat Samsung and Apple to be the biggest smartphone maker in China last year. That is an impressive feat considering the company is less than 5 years old.  Xiaomi has already launched in India, Singapore, and the Philippines, and is planning to enter other major Asian markets as well as Brazil, Mexico and other parts of South America.  The level of fanaticism from Xiaomi fans rivals or even surpasses that of Apple.  And Xiaomi fans are not limited to China, as witnessed through one of my clients from Belgium: the first thing he did when he was in Shanghai for a project was order a Xiaomi 3 phone to take back with him.

Needless to say, I am in love with Xiaomi.  On my recent visit to Hong Kong, I managed to snap a pair of rose gold Xiaomi headphones, with top of the line specs and beautiful design, all for HKD129 ($15).   I’m still speechless everyday by the quality product I got for the unbelievably low price tag.

While I do love Apple’s minimalistic and intuitive design aesthetic (I am a mac and iphone user) I feel like I am being brainwashed to think that I need and desire a $350+ iWatch, but I’m still not sold.  I was surprised to discover that Apple’s SVP of Design Jony Ive gets chauffeured in a Bentley and is friends with Chris Martin, Stephen Fry, and Paul Smith, which partially explain his vision and luxury aesthetic for the iWatch.  On the other hand, Xiaomi CEO Lei Jun stays true to his humble beginnings, and has been known to criticize Apple for dictating what the consumer wants next, instead of listening to their feedback.

The philosophy behind Xiaomi’s success is that slick, beautiful design doesn’t have to be expensive, and should be accessible to everyone.  Xiaomi listens to their consumers, and gives them exactly what they want, but with design, specs, and prices that surpass their expectations.

When thinking about innovation, I’m constantly inspired by the fact that Xiaomi has proven that design, quality, and good value don’t have to be mutually exclusive, and you don’t have to be part of an elite consumer segment to feel like you belong to a tribe.

Their focus on the consumer has definitely paid off.

I’m excited to see where Xiaomi is headed next.  I’m definitely keeping an eye on how the US and other international markets respond to Xiaomi products, and will be eagerly tracking their next big innovations.  Watch out world, Xiaomi is ambitious and is ready for global domination! 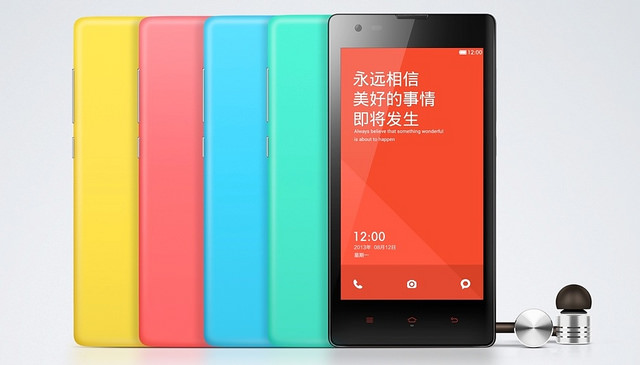 To learn more about antedote’s innovation tools, sign up below: