Bad mornings are good for insight

I’ve never been a morning person. If I know I have an early meeting to get to, I have to set more than one alarm (just in case), and if I have a really early flight to make, I just don’t bother going to bed. The snooze button is my best friend. 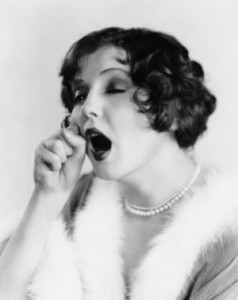 Yep – the morning is not for me. The rising sun greets me with a fat punch in the face followed by a swift backhander rather than the gentle kiss of opportunities that a new day will bless me with. I’ve always looked at those people who leap out of bed with a smile on their face and a bucket-load of energy with a level of jealousy (and let’s face it, a lot of irritation and annoyance).

So here is some good news for all those people like me.

Being a groggy mess in the mornings, and wallowing in bed between snooze-buttons, or standing zombie-like in the shower for minutes on end, is actually good for creative insight generation.

Insight-based problem solving needs a big fat, unfocused approach to thinking. Flashes of inspiration are much more likely to come when your conscious, rational, inhibitory cognitive processes are at their weakest and your thoughts are allowed to wander around unchecked.

The British psychological Society reports a study by Mareike Wieth and Rose Zacks where students were given a mix of insight-based and analytical problems to solve. The students were much better at solving the insight-focused problems at their sub-optimal time of functioning (early morning for us night-owls). Time of day didn’t do anything to affect the analytic tasks.

There’s a whole bunch of research on the effect of caffeine on the brain, and while there is some debate over the specifics, everyone pretty much agrees that small amounts of caffeine improve hedonic tone (generalized feelings of happiness and contentment) and reduce anxiety, Caffeine has also been shown to significantly increase problem solving, decision making, and concentration.

So there you have it: undeniable proof that a groggy early morning for insight followed by a swift boost of caffeine (in your beverage of choice) for focusing on the insight, and making decisions about where to take it, seems like a perfect recipe for success.

Now I need to find some research that supports the fact that weekend-long Netflix binges increase IQ.